Election Merchandise – 5 Ideas Worth Stealing to Make Sure YOUR Business Gets Their Vote.

The best political campaigns usually come with a catchy slogan and a memorable piece of merch. An iconic cap, a coveted t-shirt or a badge from way back that still holds a certain allure. Let’s explore 5 ways you can make sure you don’t get lost in the crowd.

Make it Rhyme: As luck would have it, Mr. Rudd had a name that poetically resonated with the year he ran for Prime Minister of Australia. Despite the fact he initially wasn’t a fan of the slogan (feeling it was a mis-match for his more serious sensibility), it ended up being a ripper! It’s been 14 years since Inck (?) produced these memorable Kevin 07 tees which helped catapult him to the prime ministership that year. Better still? They were 100% Australian made (just like our Kevin). 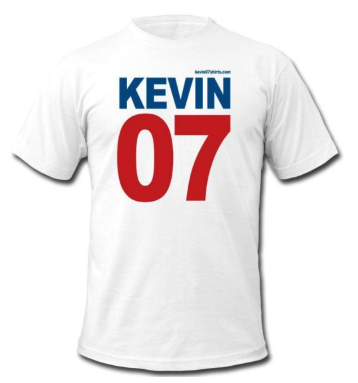 Make it Meaningful: During a June 27th debate, in an exchange with Biden, Kamala Harris said: “There was a little girl in California who was part of the second class to integrate her public schools and she was bused to school every day, and that little girl was me.” A few hours later, a “That Little Girl Me” T-shirt with a picture of the candidate as a young girl, was released and went on to be one of the bestselling pieces of merch from her 2020 campaign. 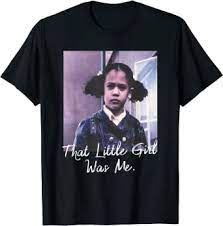 Make it Punchy: According to colour expert, Kate Smith, red is used professionally to capture attention, elicit emotion and convey confidence. And, if there was one Presidential candidate in recent times who wasn’t afraid of a bold statement, it would have to be Mr. Trump. Few other contenders caused such polarity between voters and this cap, loathed by many, was worn in droves by his devoted supporters. Make it Positive: A Black American President? There were doubts a plenty during Barack Obama’s 2008 campaign, but all the way along he believed he could prevail. The best political slogans and the merch that bears their stamp are most successful when they truly resonate with a candidate’s broader campaign message. “Yes, We Can” became one of the most memorable phrases in political history and helped Obama change the course of history. 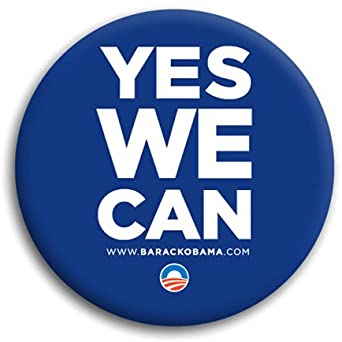 Make it Controversial: When Alfred E Smith ran for Democratic nomination in 1928, he did so with the help of these cheeky promotional campaign buttons. With the tagline ‘Make your wet dreams come true’ – a reference to his anti-prohibition stance (which made him a ‘wet’ candidate) – they certainly ensured his campaign caused some controversy. In 2013, many, many years later, an old campaign button was sold at auction for $8,962.50, proof that memorable merchandise can attain collector status! Looking for ways to make sure your business gets your customers’ votes? Get in touch with the creative team at Inck today! Helping you find and create the perfect promotional product is what we do best ?.

If you’d like to keep in touch with the latest industry news enter your email below and we’ll be in touch!

We do not sell or share your information with anyone